A Salty Affair: How Much Sodium is Too Much? 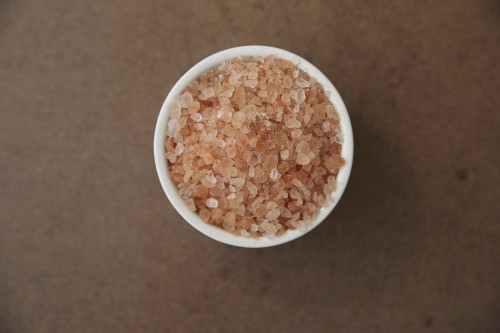 Sodium, which is commonly found in table salt, is a very ubiquitous item in the culinary world. We add it to every dish, from meats to vegetables, even into desserts. Perhaps you even sprinkle it on your French fries for extra taste! In any case, sodium is everywhere, and while there are reasons to consuming it, there are also downsides to taking it too much of it. In this article, we give you the basic facts on sodium, as well as advice on how much is good for you.

Sodium (Na) is a chemical element that is found everywhere in the natural environment, from the earth’s soil to the water in lakes and rivers, and especially in the foodstuffs that we eat (e.g. fruits, vegetables, meat, etc). It is highly reactive on its own, but when combined with a chloride (Cl) ion (another reactive element), it becomes table salt.

What does sodium do to your body?
People need sodium to survive. Sodium is necessary for the body, in order to control blood pressure, as well as properly regulates the muscular and nervous systems. It also works the kidneys, which causes the body to retain more water.

While it is necessary to consume some sodium for good health, taking in too much can lead to adverse effects like high blood pressure (due to increased water retention, which puts a strain on the kidneys and arteries), increased risk for heart attacks, and brain damage, including strokes.

How much is too much?
National food guidelines encourage us to limit our salt intake to no more than 2.3 grams (or 2,300 milligrams) of sodium per day. However, many of us tend to each double, perhaps even three times over that amount! What we do not realize is that a majority of our foods contain hidden amounts of sodium, added into processed products like frozen foods, soups, and take-out dishes. Even store-bought desserts such as cookies, cakes, and pastries have substantial amount of sodium inside!

How does one cut down on sodium?
You don’t have to go cold turkey without sodium (in fact, it is not recommended, as one needs some sodium to stay healthy). Instead, it is a process of cutting down on the product when buying and cooking food.

For instance, when shopping for groceries, avoid purchasing a lot of TV and frozen dinners, as they tend to have whopping amount of added salt (as well as not-so-good chemical preservatives). Check the labels of canned goods like soups and vegetables to see how much salt is inside- an even better option would be to purchase ingredients to make your own soups and vegetables. Buy as much fresh produce as you can consume within three days, or up to a week.

When cooking, only add salt into the dish you’re preparing for taste, not because it is necessary. Give it a taste before deciding whether to add more into the pan. A good way to avoid adding salt without having a sacrifice taste is by substituting it with spices and herbs (cumin, oregano, pepper, etc). By doing so, over time your taste buds will slowly start adapting to a sodium-less diet.