The Truth About Frozen Dinners 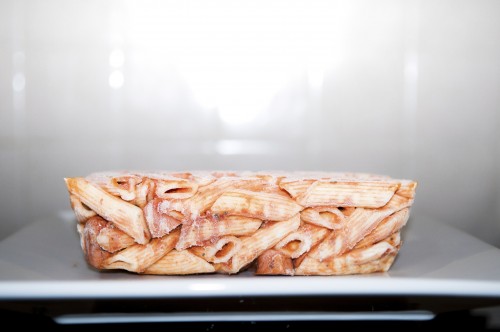 Frozen dinners: a timesaving remedy to cooking. On how many occasions have you resorted to a microwave meal when you’ve had a long day? Don’t worry, you’re not the only one.

There are plenty of myths about the nutritional value of a frozen meal. In recent years, Weight Watchers have released a range of curries, meat and vegetarian options.

But, subliminally, we all know that eating from fresh is much healthier. Why is this? Let’s spill the truth about frozen dinners.

The Nutritional Value Of Frozen Dinners

Before you throw anything into your shopping cart, read thoroughly through the ingredients and nutritional guide.

Here’s the recommended daily intake for an adult:

So roughly, one meal should consist of no more of these values:

However, most ready meals contain more salt and saturated fat than recommended for one meal. For example, Kraft’s Macaroni Cheese & Chorizo has a whopping 2.6g of salt in each serving. It might not sound like a lot extra, but it’s an additional quarter over the recommended value.

The shock factor isn’t just in the saturated fat or salt intake, but the ingredients. Here are a few ingredients to watch out for:

·      Maltodextrin (A sugar to add flavouring)

·      Generic terms such as ‘spices’ and ‘flavourings’. Many spices and flavourings contain additives

The most shocking fact is that the ingredients are often submerged into chlorine before being packed on the shelf, to prevent bacteria forming. Ew!

Ready meals aren’t pure evil, but when putting something into your body, you deserve to know exactly what it is. If you don’t recognize an element, or it isn’t even a food, avoid it!

This shouldn’t discourage you from preparing your own meals and freezing them though. At least you know a lot more thought has gone into your food… plus, you can personalise it to your liking, without worrying about additives and chemicals.