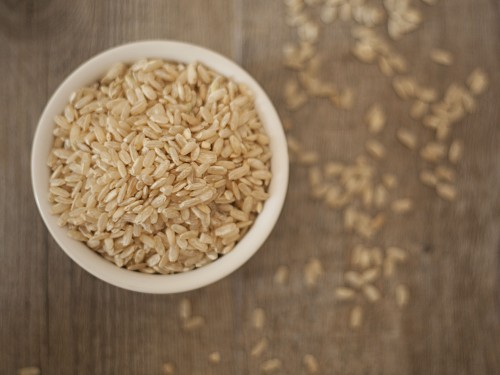 Which is better for you: white rice or brown rice? For many people, they would choose the latter, and for good reasons. Here, we provide you the basic differences between white and brown rice, and why you should switch to brown rice in the long run. Let’s begin!

What is White Rice?

Also known as “milled rice,” white rice is essentially the grain in which its husk, bran, and germ have been removed. After milling, the rice is left with a polished, white look.

Does white rice contain any nutrients?

Unfortunately, much of the milling process strips the grain of its nutrients, including the important vitamin B1, as well as its fiber and magnesium. As a result, white rice is enriched with the vitamin B family, added back into the product during processing.

What are possible benefits/risks to eating white rice?

If unenriched, then white rice can lead to beriberi, a thiamine-deficient disease in which it affects both the nervous and cardiovascular systems. Symptoms include weight loss, impaired sensory perception, and irregular heart rate.

Yet, even though white rice is known to have little nutritional value, it is still used in many popular dishes, including sushi, jambalaya, and porridge, due to its smooth taste. However, white rice in moderation is acceptable, as long as it is fortified with other nutritional foods like vegetables, meat, and dairy products.

What is Brown Rice?

Brown rice is the entire rice grain, with only the hull on the outside removed; it is known to have a chewier, rich taste and texture.

Does brown rice contain any nutrients?

Since brown rice is not subjected to further processing like white rice, it still contains much of its vitamins and minerals. Brown rice is rich in vitamin B1 (thiamin) and B3 (niacin), as well as minerals like magnesium, potassium, and iron. It also contains almost four times the amount of fiber than that of white rice.

What are possible benefits/risks to eating brown rice?

Not only is brown rice densely rich in fiber and certain minerals, but it also has been linked to reducing risks of type-2 diabetes by as much as sixteen percent, according to a 2010 study from the Harvard School of Public Health. Research showed that eating brown rice did not create as rapid an increase in blood sugar levels as did white rice, which had been shown to have high glycemic levels, thus contributing to more sugar spikes.

In addition, brown rice has even been linked to weight loss, as the high fiber content in the product can keep one’s stomach fuller for a longer period of time than that of white rice, which has significantly less amounts of fiber.

However, there has been concern over the arsenic levels found in brown rice, as farmers have used inorganic arsenic as pesticides, rather than the organic version. One way to easily get rid of the arsenic is to wash the rice thoroughly, until the water is cleared up; that way, you can still enjoy the wonderful and delicious benefits of eating brown rice!

One thought on “White Rice versus Brown Rice”